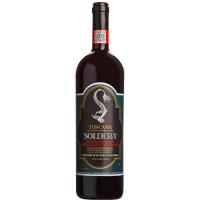 2011 offers a ripe, rich, enveloping evocation of Soldera’s wine; this Rosso bursts from the glass with a profusion of ripe, red fruits, crushed wildflowers, fresh loam, and kisses of spice and earth. This is a highly aromatic wine, and while it’s tempting to drink this ’11 Rosso upon release, it’ll be even better in a few years. Since his first harvest in 1975, Soldera always vinified the same way--aging his wine traditionally in large Slavonian oak for five years and then an additional six to 12 months in bottle before release--but in 2008, Soldera shifted his protocol, aging partly in botti and finishing the wine’s aging in stainless steel before bottling. 2011 was one of the vintages that ended up on the floors of Soldera’s cantina in the 2012 act of vandalism, and there were fewer than 300 cases of this exceptional wine made.

If reassurances could dull pain, nobody would ever go to the trouble of pressing grapes.   SCOTT LYNCH,...

“There is truth in wine, but you never see it listed in the ingredients on the label” ― Jo...