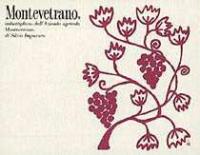 (95 Points) The 2007 Montevetrano is the product of an unusual vintage characterized by hot temperatures that were virtually uninterrupted throughout the year. Bright red fruit, flowers and spices are some of the nuances that emerge from this silky, beautifully balanced Montevetrano. The combination of explosive ripe fruit, richness and finesse is utterly breathtaking. The warmth of the vintage comes through in the wineâ€™s generosity, yet there are no suggestions whatsoever of over- ripeness. This is a magnificent Montevetrano. Anticipated maturity: 2017-2032.

Proprietor Silvia Imparato is one of the early pioneers in the world of Campanian oenology. Originally trained as a photographer, Imparato came to winemaking accidentally when one of her clients invited her to join a wine tasting group in Rome in the 1980s. Over the course of the following years, Imparato had the opportunity to taste many of the worldâ€™s great bottles on a regular basis. On a lark, she thought she would try to make wine at her familyâ€™s small estate in Salerno. She enlisted the help of consulting oenologist Riccardo Cotarella, and together they created Montevetrano, the wine that launched Campania in a big way around the world. This was the first complete vertical Imparato had ever hosted on this scale, and she was clearly moved by the occasion. All of the wines were shipped directly from the estate, guaranteeing perfect provenance. The wines were opened a few hours before being served. It was a warm, humid summer day in New York and the wines were particularly radiant and expressive. Montevetrano is approximately 60% Cabernet Sauvignon, 30% Merlot and 10% Aglianico (the international varieties were planted on the existing Aglianico rootstocks) although the exact blend changes from year to year depending on vintage conditions. Imparato makes it clear she isnâ€™t a big fan of giving the exact breakdown in each vintage, so readers should take the varietal blend as a rough guideline. Clearly there are a number of vintages where the Aglianico seems to come through with a much more assertive voice than 10% would lead one to believe. The harvest times vary greatly from Merlot to Aglianico, so the different grape varieties are harvested and vinified separately. Consulting oenologist Riccardo Cotarella fashions the final blend before the wines undergo malolactic fermentation. As opposed to Terra di Lavoro, which mostly sees malo in steel, here Cotarella feels more at ease doing the malos in oak as Cabernet Sauvignon and Merlot are clearly more suited to this approach than Aglianico. Montevetrano was aged in 100% new oak until 1995, when the percentage of new barrels was dropped to 50%. Wine Advocate #190, Aug 2010

“In wine there is truth” Roman Proverb   Wine is one of those things that brings m...

You haven’t drunk too much wine if you can still lie on the floor without holding on.” ...

Vintage Burgundy Tasting back to 1929 with Dr. Robert Maliner

VIK vineyard was born amidst the foothills of the Andes mountains, within the Millahue Valley, named "Lugar de Oro&...

“I hope that some day (we are at a point where in California) we rate the great wines based on th...

A mind of the caliber of mine cannot derive its nutriment from cows. - Ge...