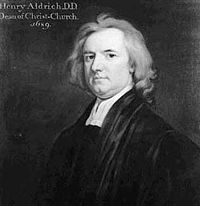 Continuing our study of Napa Valley Cabernet Sauvignon we will be featuring Andrew Geoffrey Cabernet Sauvignon from Diamond Mountain and Melanson Vineyards from Prichard Hill.
These two small producers are making outstanding wines at a fraction of the cost of their neighbors many of which are now owned by large wine companies.  We have several older vintages from these producers in stock, so I thought it was time to put these two producers' wines on the table side by side to see if the hill stands up the mountain. 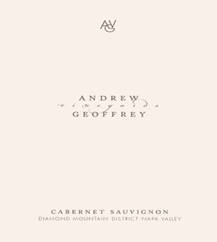 A bit about Melanson Vineyard:

We started growing grapes in the Napa Valley when we purchased a Calistoga vineyard in 1978 as a weekend getaway and base for glider flying.  As the Napa Valley evolved into a heralded wine growing region, our passion for wine and farming developed along with it. Our first wine, a Sauvignon Blanc, was bottled under the Melanson Vineyard label in 1985. We then set our sights on growing world-class Cabernet Sauvignon selling the Calistoga vineyard to purchase a 42 acre on Pritchard Hill in 1988.The property's 10.5 acre vineyard was planted to Riesling in the 1960s then grafted to a Wente Clone Chardonnay.  We removed 7.5 acres in 1999 to plant Cabernet Sauvignon knowing that the varietal was beautifully suited to our steep rocky slopes.  We don't regret our move to the hills and relish having father and son working side-by-side in the business, cultivating the slopes that were once a childhood playground.
For over two decades the Cabernet Sauvignon from our estate has been sought after by heralded winemakers including Heidi Barrett, Thomas Brown, Celia Welch and Jeff Ames.
Our estate is one of a handful of exceptional vineyards that share an enchanted slope on the rugged eastern ridges of the Napa Valley called Pritchard Hill.  This 42-acre property and 10.5 acre vineyard sit in peaceful isolation on a boulder-strewn hillside with remarkable views of Lake Hennessey and the Valley floor below.
Embracing the rugged terroir, we are committed to working with the assets Mother Nature has given us: rich Sobrante Loam soils loaded with volcanic rock, elevations averaging 1,200 feet and distinct southern and western exposures.  The gift of elevation places our vineyards above the fog line and allows them to receive maximum sun exposure throughout the day providing even ripening.
Our 10.5 acres are planted in Clone 7 and Clone 337 Cabernet Sauvignon: clones that are best suited to the growing conditions on Pritchard Hill.

Charles Pritchard first cultivated the difficult terrain in Napa's eastern mountains in the 1870s. He is reported to have planted 15,000 vines on 15 acres by 1881.  Pritchard's farmstead was known in those times as "Pritchard Hill."
The modern day history of Pritchard Hill began in 1968 when Chappellet was founded.  The 1970's brought two Long families to the slopes:  Long Vineyards in 1977 and David Arthur who started clearing land and planting vineyard in 1978. Bryant Family came in 1985. We purchased vineyard land to farm in 1988 as did the Harrisons.  The hill was relatively quiet for 10 years until Colgin arrived in 1998, followed by Ovid in 1999 and Continuum in 2008. Today, a dozen concerns farm the slopes of Pritchard Hill.
Pritchard Hill is not in a registered appellation or American Viticultural Area (AVA).  We think of it in the old world tradition as a "lieu-dit", a distinctive growing area that everyone knows by name. 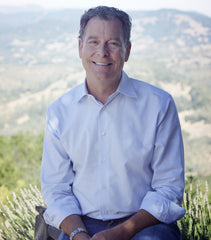 Greg Melanson first came to the wine country on vacation at age 18. After graduation from U.S.C. in 1975 he moved to San Francisco to start a legal document management
company. During those early years he learned to fly and skydive at the Pope Valley Parachute Ranch. Greg caught the bug for both soaring and wine which prompted him to purchase a 10 acre vineyard in Calistoga at age 25. The vineyard was under contract with the Napa Valley Cooperative Winery. Greg recalls "in those days you found out how much your grapes were worth when you received a check." His weekends were consumed with flying gliders at the Calistoga Soaring Center and exploring the Napa Valley. Weekdays were spent running his document management company which Greg took public in 1996.
In his mid 30's Greg sold his Calistoga vineyard and purchased a vineyard on Pritchard Hill. He now commands a premium for his fruit and is serious about making world-class cabernet sauvignon. "My how things have changed from the early days" he says. From over 30 years of soaring above it Greg has recorded a birds-eye perspective of the evolution of the Napa Valley. His passion for flight has not wavered; he maintains commercial and ATP ratings in various types of aircraft inducing helicopters and is often seen flying a helicopter above Pritchard Hill.

Jeff Fontanella has been crafting wine in the Napa Valley for 12 years. After graduating from UC Davis with a degree in Viticulture and Enology, Jeff began his winemaking career working in the cellar of Opus One. Soon after, he took a position at one of Napa's great cult wineries, Saddleback Cellars, where he was able to hone his stylistic approach to winemaking and reinforce his technical training under the tutelage of Nils Venge.
Working hand-in-hand with our vineyard manager, Jeff is intimately involved with the practices used in the vineyards. His aim is to extract the true potential of the Melanson Vineyard through the delicate and strategic process of shepherding the grapes from crush to bottle.  Stylistically, Jeff uses a variety of barrel profiles and fermentation and aging techniques to create a multi-faceted wine that is approachable early and will evolve ever-gracefully over time.
Called one of "The Next Napa Superstars", Jeff is the recipient of numerous 90+ point ratings from Robert Parker and the Wine Spectator.  We are honored to have Jeff Fontanella crafting our wines.

A bit about Andrew Geoffrey Vineyards

Since visiting the Napa Valley in 1973, while attending college in southern California, Andrew Geoffrey Vineyards' owner, Peter Thompson, set his sights on getting into the wine business in the Napa Valley. In 1992, Peter began actively pursuing his goal of owning a vineyard in the prestigious Napa Valley. After a two and a half year search for the ultimate vineyard property, Peter selected the Andrew Geoffrey Vineyards site atop Diamond Mountain. The property was undeveloped, but only needed the right combination of efforts to realize its incredible potential for creating a state-of-the-art vineyard to produce world class California Cabernet Sauvignon wine.

Peter purchased the land in 1995 and set out to assemble a team of experienced professionals to carve the vineyard site out of the scrub, brush and forest native to Diamond Mountain. After a year of extensive planning, obtaining the appropriate permits and drafting of the most extensive erosion control plan ever devised in the Napa Valley, 13 acres of land were cleared and prepared with the expertise and guidance of well-known Napa Valley viticulturist, Rex Geitner.

The first consideration for building a successful vineyard was to locate and tap into a consistent, non-seasonal water source for irrigation. After much consideration, a well site was picked and, after an unsuccessful drilling attempt, Andrew Geoffrey Vineyards became home to one of the deepest wells (850 feet) in the Napa Valley. The result was a well with an abundance of ice-cold, clear, and chemical free water that does not need treatment before use. On a hot day, the vineyard workers regularly fill up their water bottles from the spigot at the well head with cold drinking water.

The unique combination of soils (volcanic ash and tufa rock) and varying exposures (Northeast, North and Northwest) required an extensive investigation into locating and then purchasing exactly the right rootstock and red grape clones. Rex's selection process was exacting, but required to optimize use of the land and micro-climates within the vineyard. In 1996, Peter purchased the rootstock and clones selected by Rex. In late July 1997, sectional planting of one year old bench grafted rootstock/budstock was completed.

seventy-eight percent (78%) Cabernet Sauvignon, clones 337 and 15, both on 110r rootstock,
eighteen percent (18%) Cabernet Franc of a proprietary clone on 110r rootstock, and
four percent (4%) Petit Verdot clone 2 on 110r rootstock.
In April of 2020, Andrew Geoffrey Vineyards began to implement its long-term plan to plant an additional 3 acres (approximately) of vines, which had been approved by Napa County back in 1996. Clearing for the additional acreage took place in May 2020, with completion of the vineyard installation to be the following season in May 2021. However, mother nature had other plans.

In late September 2020, the Glass Fire burned over the top of Diamond Mountain, and thus, burned through and around Andrew Geoffrey Vineyards. The property suffered substantial losses, including its fences and gates, sheds, vineyard equipment, the staging platform, furniture and irrigation system. Approximately 250 vines have been damaged and will need to be replanted either in 2022 or 2023. It was unclear whether the planned vineyard expansion would be delayed for another season.

After assessing the damage, Peter decided to rebuild/repair the vineyard, and, additionally, press on with the new vineyard blocks. The first order of business was to secure the original vineyard blocks, which required rebuilding the vineyard fence. Next, most of the irrigation system was replaced as the irrigation lines had melted during the fire. Essential equipment has been replaced and the staging platform rebuilt. The sheds will be replaced over the next few years.

The new blocks of vines were next. The first new block is located slightly down the mountain, at the Northwest corner of the 66 acres, and forms a separate vineyard from the original vineyard. This lower block, designated "Block 9," is approximately 1.1 acres and is spaced at 7 feet between rows and 4 feet between vines. It has been planted with 110r rootstock, which will be field grafted in 2022 to Cabernet Sauvignon Clone 337 with cuttings from the original vineyard.

The new upper block, designated "Block 8," features two different row directions to take advantage of drainage in the porous volcanic ash and tufa soils. The total area of Block 8 is approximately 1.9 acres and has been planted with 110r rootstock. Approximately one quarter of Block 8 will be grafted to additional Petite Verdot and the other three quarters will be grafted to Cabernet Sauvignon Clone 169. Grafting will take place during the 2022 season.

"wasting our time on cheap talk and wine, left us so little to give" Best of My Love by the Eagles ...

“The food we were given was no more than eatable, but the patron was not mean about drink; he allowed us two li...

If all be true that I do think, There are five reasons we should drink: Good wine - a friend - or ...

A meal without wine is called breakfast.   I don’t even eat breakfas...

Pinot Noir Treasures from Around the World with Special Guest Dr. Robert Maliner

Vintage Champagne Tasting back to 1996

Vintage Champagne Tasting back to 1996