"When a man drinks wine at dinner, he begins to be better pleased with himself." - Plato

The better the wine is, the more pleased I am with myself and when you look at the world's great white wines there is one area that stands out among all the rest especially for its aging potential- Burgundy, France.  The great Chardonnay based wines from Burgundy are distinguished and the terroir of this region has been recognized as great for over 1000 years!  Several years ago we hosted and wine tasting featuring 16 wines from Domaine de Leflaive going back to the 1987 vintage and the oldest wine was a village Puilgny Montrachet…it was still amazing!

Founded in 1717, Domaine Leflaive has long been considered one of the most highly regarded white wine growers in Burgundy.   Under the stewardship of Anne-Claude Leflaive, the Domaine’s conversion to biodynamic farming in 1990 has produced remarkable results, raising the standard for one of the world’s greatest wines even higher.

Described by Clive Coates as, "doyen of Puligny and a man of great charm, wit, hospitality and winemaking genius" ("Côte d’Or- 1997), Vincent Leflaive and his brother Joseph (or Jo) took over after their father’s death in 1953. It was Vincent who acquired a tiny parcel of Le Montrachet in 1991, enough to fill one 500-litre cask. The domaine now comprises parcels in three of the four Montrachet grand crus, four of the best premier crus, including a large portion of Clavoillon, for a total of 23 hectares (57 acres) in all.

In 1990, Vincent’s daughter, Anne-Claude Leflaive, and Jo’s son, Olivier, became co-gérants of the domaine. Olivier, however, has concentrated on his négociant business, and, since the death of her father in 1993, Anne-Claude has run the domaine on her own. When asked by Clive Coates ("Côte d’Or- 1997) what she has changed at the domaine, Anne-Claude said, "I think the most important thing is our attitude towards the vineyards. Not only are we increasingly biodynamique, but the rest is biologique. We have used no fertilizers since 1989, nor herbicides either...We now regard each plot as a separate unit. In the time of my father, we tended to pick, say, all the Pucelles in one go. Now we treat and harvest all of them- and we have 38 separately." 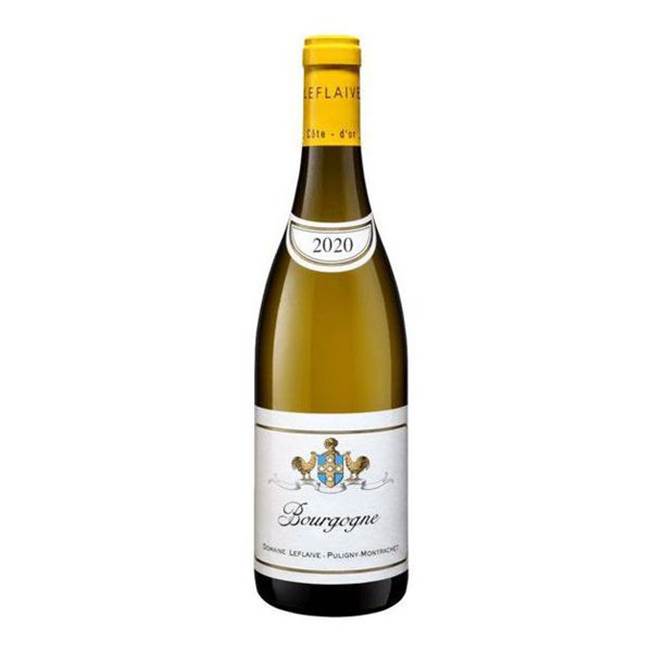 There is a story about Aubert de Villaine of DRC fame which was at a dinner when he was asked about his 2016 Montrachet.  In the 2016 harvest, 80% of this tiny Grand Cru vineyard was lost to hail.  In what was an unprecedented move in the history of Burgundy, all the domaines that own vines in Montrachet joined together to blend all their fruit into a single wine.

When someone asked Aubert, “If all of you put your fruit together, who made the wine?” Without hesitation, he responded, “Domaine Leflaive, of course.” Very telling when the winemaker of arguably the best red wine in the world tells you who makes the best white wine in the world, you listen!

The Bourgogne Blanc from the Domaine is made from the same farmers, winegrowers and vineyard managers, just not the estate fruit.  This is the Domaine’s calling card, made in the Leflaive winery with the same barrels and attention to detail giving this wine the same unrivaled class in a bottle.  The same essential calcareous clay soil, the same team behind the best white wines in the whole world bring us this taste of what is possible at Domaine Leflaive.

The secular roots of the Grands Crus of Domaine Leflaive require us to live up to these terroirs. This gift of nature also requires a gift of the best of ourselves. Biodynamics is one expression of this.

These rare wines have placed on the world map a narrow strip of land a few kilometers long in the Côte de Beaune, the heart of which is in Puligny-Montrachet. The Benedictine and Cistercian monks had already perceived its fruitful nature. The Grands Crus are the synthesis of what the terroirs of Burgundy provide most successfully: poor soil, ideal exposure, a location in the middle of a hillside, a draining slope. Old vines too, those that make great wines: the structure and substance are contained in these small clusters of great wines with limited yields.

Domaine Leflaive owns 4.8 hectares of grand crus in the Bienvenues-Bâtard-Montrachet, Bâtard-Montrachet, Chevalier-Montrachet and Montrachet appellations. Names that have survived the centuries, which run through the most fervent thoughts of enthusiasts around the world today. This precious terroir, the teams of the estate are aware of the chance to work there every day.

They are not first by chance and sometimes have the genius to be great. Located in fruitful mid-slope terroirs, the Premiers Crus produce some of the finest wines of the Côte de Beaune. In a strip of land in continuity with the grands crus, and a few meters from Bienvenues-Bâtard-Montrachet and Bâtard-Montrachet emerges Les Pucelles, a strip of land facing east. Domaine Leflaive owns 2.8 ha of this appellation with fine clay-limestone soils, particularly favorable to great whites. Nearby, the contiguous plot of almost 4.8 ha Le Clavoillon, very representative of the Puligny-Montrachet appellation and the Leflaive style, generous and delicate.

The estate also has plots of premier crus in Les Folatières (1.2 ha), more calcareous soils which are fragrant after the rain, and in Les Combettes (0.73 ha) on the edge of the village of Meursault. A little further and higher on the hillside, on the edge of the path between Puligny and Meursault is the premier cru Meursault Sous le Dos d'Âne, which allows Domaine Leflaive to express these neighboring terroirs in its own way. 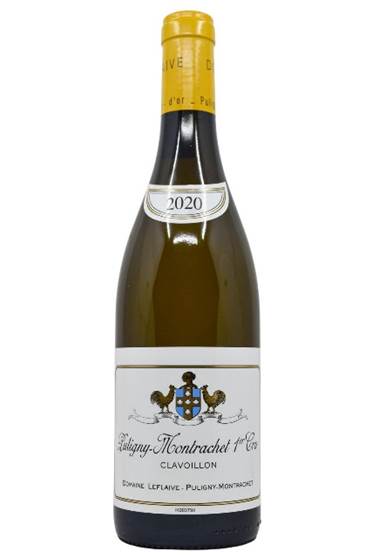 In the historical classification of Burgundy wines, the Villages best represent the style of an entire appellation. The Puligny-Montrachet Village of Domaine Leflaive thus comes from the blend of seven plots at the bottom of the hill. So many localities that merge to affirm their common character. Like a precipitate of the fairest of an entire appellation. In Auxey-Duresses, the white terroirs give delectable Chardonnays which develop a beautiful texture. The estate's Village cuvée expresses all its characteristics.

In the Burgundian edifice, regional appellations are often produced from a large surface area of ​​vineyards, at the scale of at least part of the region. Domaine Leflaive produces its white Burgundy on two hectares of vines located in Puligny-Montrachet itself, at the bottom of emblematic hills, worked with the same care. 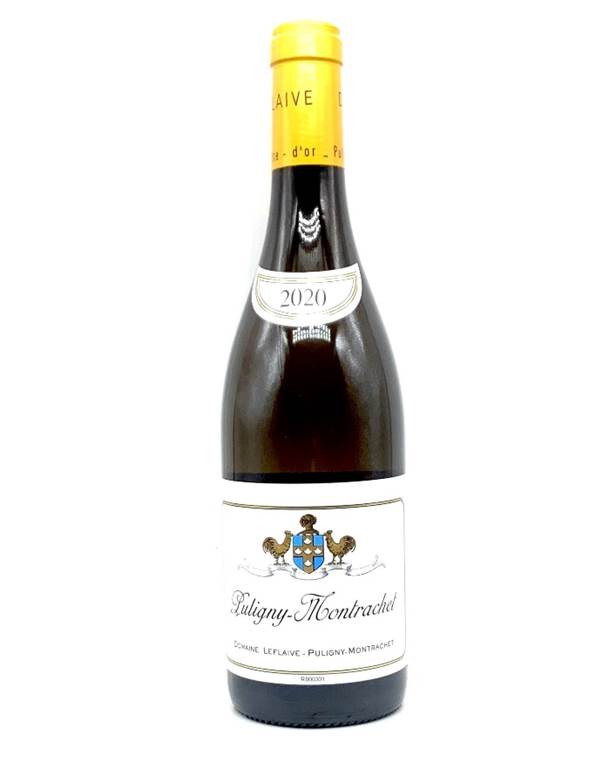 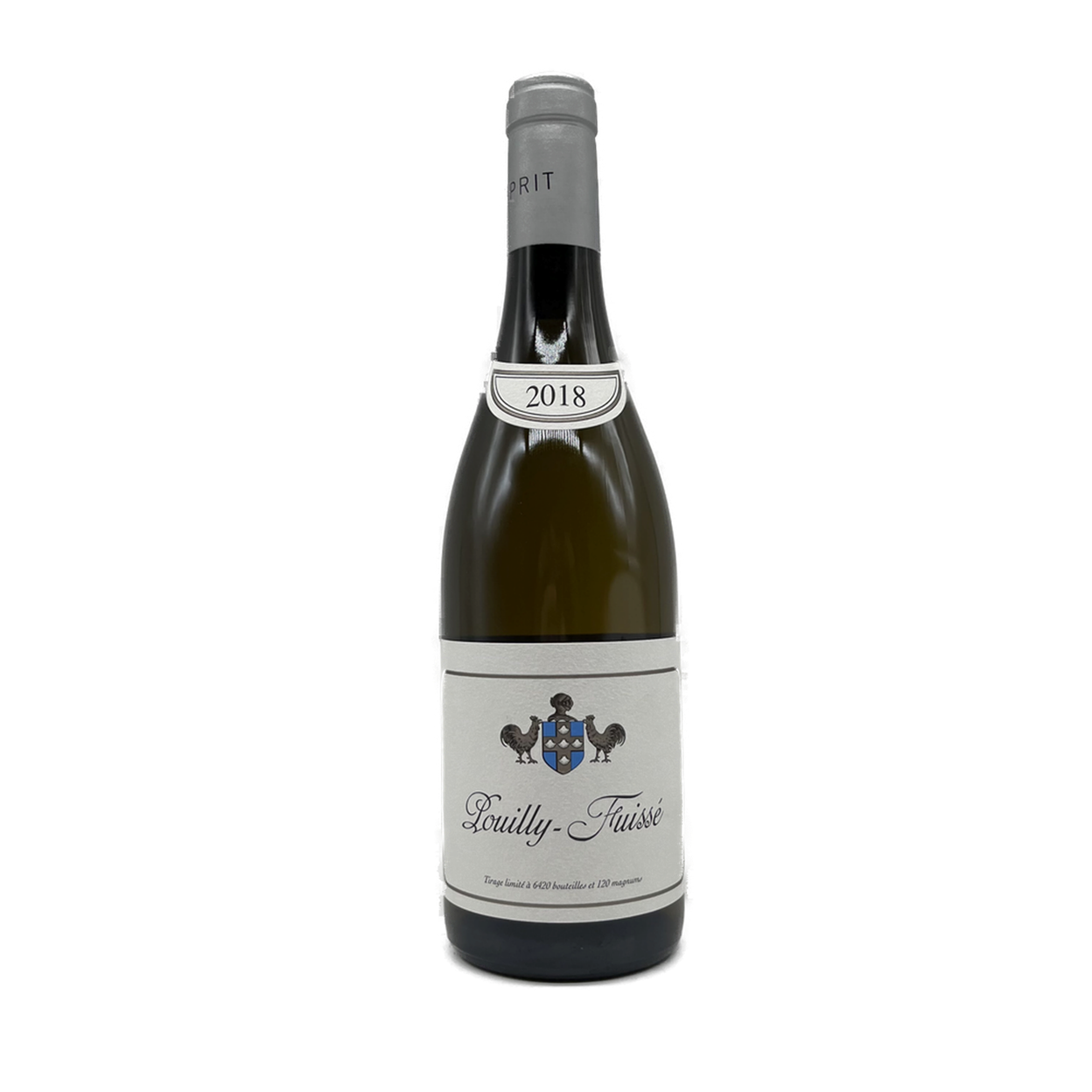 This collection of singular wines was born with the 2018 vintage. At the crossroads of the fabulous terroirs of Burgundy and a know-how between chardonnay and pinot noir. It is the Leflaive spirit that ventures beyond the Côte de Beaune and the Mâconnais, towards Chablis and the Côte de Nuits, to explore all the horizons of Burgundy.

Fruit of partnerships with selected winegrowers, who often work very old vines harvested by the estate's teams, these wines are produced in modest quantities. From 300 up to 5,000 bottles at most. They bring diversity to the Leflaive wine family.

The Esprit Leflaive collection, which includes eight cuvées for its launch for the 2018 vintage, also explores Pinot Noir. Pierre Vincent, the general manager of the estate since 2017, has recognized know-how in the vinification of the grape variety. The terroirs have been precisely identified: the Corton Les Grandes Lolières exposes its 65-year-old vines due east on clay-limestone soils halfway up the hillside. A Premier Cru Pommard Les Arvelets and a Nuits Saint-Georges Village complete this offer of red wines signed Leflaive.

A bit about Domaine Leflaive and Burgundy:

There are few territories blessed with so much history and such geography. Since the Middle Ages, Burgundy has cultivated wine like no other region. The know-how of the monks has passed through the centuries, evangelizing each village of a vineyard that has always remained on a human scale. Today, it covers less than 30,000 ha, barely 4% of French vineyards.

At the crossroads of multiple climatic influences, which make their temperament, the wines of Burgundy have acquired a unique reputation: simply the best chardonnays and pinots noirs in the world. They come from a specific place, a parcel of vines often of modest size: these famous climates form the basis of the Burgundian model.

The diversity of Burgundy wines is also found in its 84 appellations, from the Grands Crus at the top of the pyramid to the regional AOCs, passing through the Premiers Crus and the Villages. More than a classification or a nomenclature, these are names that populate the imagination of amateurs: Gevrey-Chambertin, Vougeot, Corton, Meursault... Or even, in the heart of the Côte de Beaune, Puligny-Montrachet where the Leflaive family is established since 1717.

The vine has been cultivated in Puligny Montrachet since Roman times. The name of the village is derived from the Latin “Puligniacus”.

Before the first Leflaives settled in Puligny-Montrachet in 1717, the village, linked to the cultivation of vines since the end of the 12th century, experienced a period of prosperity in the 18th century with new plantations. In Puligny, the generations of Leflaive will exercise several trades, including that of cooper, and will own a few hectares of vines whose grapes are sold. Towards the end of the 19th century, the phylloxera crisis destroyed almost all of the vineyard. Yet it was in these troubled times, in 1879, that the name of Montrachet was added to that of Puligny, as well as that of Chassagne, definitively anchoring the destiny of the village in the great wines. A new story can be written. Joseph Leflaive (1870-1953) created the estate and made it part of the Burgundian terroir. The terroir in its raw definition: the union of a place and a man. The history of the Leflaive family is inseparable from Burgundy.

Nature, the earth, its environment are at the heart of a living system whose balance is the source of life. This deep conviction pushed Anne-Claude Leflaive to engage the entire Estate in biodynamics from 1996. This philosophy is also a demanding and pragmatic practice that promotes life and fundamental energy. It is not a control method, against cryptogamic diseases for example, but it keeps the parasites at an acceptable level. The health of the vine is thereby reinforced. The wines themselves gain in balance, finesse and elegance. Brice de La Morandière, family manager since 2015, continues to develop the estate in accordance with this philosophy and ethics.