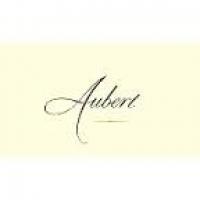 “2017 was incredibly stressful—it was a very rapid-fire harvest after the Labor Day heat,” recalled Mark Aubert. “The finished wines are just so intense.” Aubert had finished picking well before the fires in 2017. In fact, the Sugar Shack vineyard in Rutherford—usually the first vineyard to come in—was being harvested during my visit in late August that year, and so it missed even the Labor Day heat wave. Harvest continued for about four weeks. The winery was closed up tight during the fires to prevent smoke infiltration. Power went off for about an hour, but they have a back-up generator.

“2018 was a big sigh of relief this year compared to 2017!” Aubert continued. “2018 was a substantially cooler vintage. One of the hallmarks of the 2018s was fantastic fermentations, incredible acidity and very successful malolactics.” More great news about 2018—yields are up about 20% this year for Aubert! This was mainly due to larger cluster weights—the counts were about normal. Those familiar with Aubert know that Mark does not practice extended barrel maturation. He had just finished racking the 2018 Chardonnays to tank when I visited in August 2019, prepping them to be bottled in December 2019. The 2018 Pinot Noirs were bottled in early July 2019.  The Wine Advocate

Burgundy makes you think of silly things, Bordeaux makes you talk of them and Champagne makes you do t...

Wine hath drowned more men than the sea. THOMAS FULLER   This is another in the series of even...

Pomerol and Pauillac- My two favorite Appellations in Bordeaux

“I would like a wine. The purpose of the wine is to get me drunk. A bad wine will get me a...

Wine, like food, is so emotional. If you think about it, so much of the courting ritual is surrounded by wine...

"Drinking is a very demanding profession and I can't hold down two jobs at once" Morgan Freid...

"To make a great wine one needs a madman to grow the vine, a wise man to watch over it, a lucid poet to make...