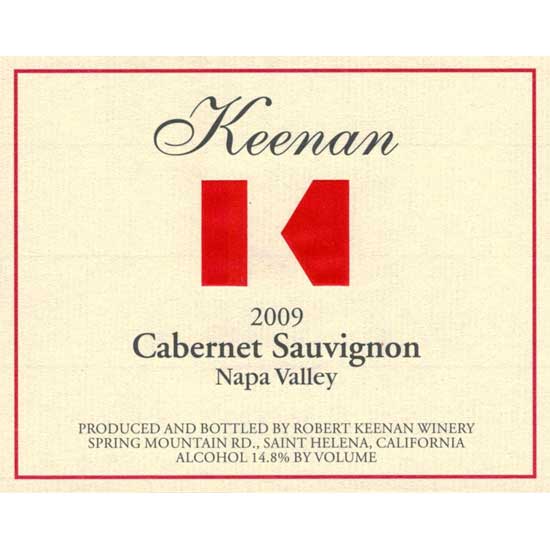 The 2018 Cabernet Sauvignon is composed primarily of grapes grown on Keenan’s Spring Mountain District Estate; the remainder of the fruit was harvested from Pope Valley, a grape growing region located in the eastern portion of Napa.

Keenan’s Estate Cabernet Sauvignon grapes were harvested beginning on September 22nd, with the final lot being picked on October 9th. After harvest, the fruit clusters were de-stemmed, then fermented for ten to fourteen days. The wine was barrel aged in thirty-three percent new French and American oak for twenty months.

The blend was assembled just before bottling. The Estate grown Cabernet imparts amazing concentration and remarkable structure, while the portion of Cabernet harvested from Pope Valley adds complex aromas and a balanced mid-palate.