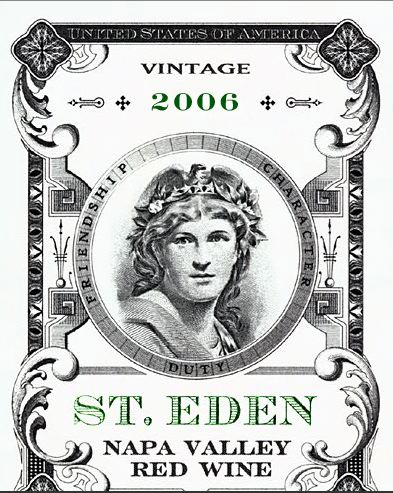 (100 points) Utterly perfect, another wine that seems to have taken on a first-growth Pauillac-like character (think Mouton-Rothschild) is the 2001 St. Eden. With a remarkably perfumed nose of crushed rocks, subtle barbecue smoke, and again, cedar wood intermixed with creme de cassis and blackberry, this wine displays a phenomenally concentrated mouthfeel, full-bodied opulence, voluptuous texture, and of this trio, is certainly the closest to its apogee of full maturity. Nevertheless, it will still benefit from another 5-10 years of cellaring and keep for an additional 25-30.

As long-time readers know, this is the brainchild of Harlan Estateâ€™s Bill Harlan, who has signed the owners of these well-placed vineyards in selected micro-climates in Napa Valley to long (quarter of a century) contracts. In the first decade, he has expanded the number of vineyard holdings to five separate wines in 2011, all made by the Harlan Estate winemaking team of Bob Levy and consulting oenologist Michel Rolland. There were only three cuvees in 2001 â€“ from an 11-acre site on the western Oakville hillsides near Harlan Estate, the Vecina, St. Eden, an 11-acre stony knoll north of the Oakville Crossroad with a northern exposure, and from the steep slopes just north of Lake Hennessy with an eastern and southeastern exposure, east of Rutherford, the Melbury. Since these fabulous 2001s were made, two other great vineyards have been added to the Bond portfolio. These are Quella, which is a 9 acre vineyard in the eastern hills of northern Napa Valley, planted on white volcanic ash called Tufa, and Pluribus, which is a high elevation vineyard planted on steep slopes of Spring Mountain with a northern and easterly exposure. All three 2001s showed phenomenally, and are still very young wines, with at least 15 to 20 more years of upside potential. In fact, in a cold cellar these wines probably have 40 or more years of aging potential, but few of us will be able to wait that long to see how they taste. Wine Advocate #195 Jun 2011

This product is currently out of stock. continue shopping

"wasting our time on cheap talk and wine, left us so little to give" Best of My Love by the Eagles ...

“The food we were given was no more than eatable, but the patron was not mean about drink; he allowed us two li...

If all be true that I do think, There are five reasons we should drink: Good wine - a friend - or ...

A meal without wine is called breakfast.   I don’t even eat breakfas...

Pinot Noir Treasures from Around the World with Special Guest Dr. Robert Maliner