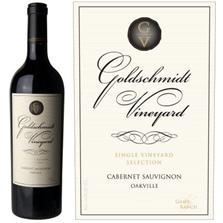 Many of Napa’s most-respected, highest-scoring, and most-collectible Cabernet Sauvignon wines come from Oakville. The marriage of Cabernet Sauvignon with the soil and climate of Oakville produces wines with tremendous depth and complexity. Some emphasize subtlety over power and others structure over fruit. There's not really one style of Oakville Cabernet Sauvignon, because the terrain varies so much. Rocky, red volcanic soils dominate in the east and receive full afternoon sun, the valley floor tends to have deeper, heavier soils, and on the west side long and broad alluvial fans get shaded by the mountains late in the day. One aspect that all the wines share, however, is an appealing acidity and freshness caused by the fog off the bay. Even the richest, most opulent Oakville wines show this trait.