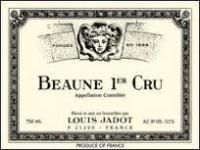 Gevrey Chambertin is the northernmost of the great communes of the Côte de Nuits. There are 26 Premiers Crus and 8 Grands Crus.  Half of the Premiers Crus of Gevrey lie scattered around the perimeter of the Grands Crus; the other half occupy a steep, southeast facing slope to the north, with calcareous clay soils.

The « Estournelles Saint Jacques » vineyard is situated on that Southeast facing slope, at the begining of the "Combe Lavaux", on top of "Lavaux St Jacques" and near "Clos St Jacques". There are similarities in the soil comosition between thoses premiers crus and the grands crus.