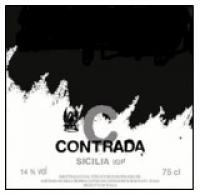 Throughout Europe, the short length of the harvest alone shows us that the 2014 vintage on Etna is an exceptional one. By October 20th, the grapes were already ripe up to the highest Contrada, and the harvest took off in just a few days everywhere on the mountain. Emerging from a sort of hibernation in the cooler 2013 vintage, they had a forceful, energetic disposition the following year. Looking back across the 2014 vintage, one can see now the great success in the way in which the days and nights of the year provided perfect conditions for the vines.

There is this languid quality in the wines of 2014. In them, there is a massive quality, full-bodied with powerful aromas that hover just above the surface of the wine, instead of leaping out of the glass. Nerello mascalese darkens only slightly, and every year the shade is different. This year, the fermentation caused the dark grapes to slowly yield their special garnet color, while the yeasts were moving through the massive musts. After running the wine into the large barrels and cement vats, it will need months to become recognizable because the slow progression of the wine in the winery corresponds perfectly to the slow progression of the vines in the vineyards throughout the year. It’s apparent that the wine is dense, yet soft; it has the aroma of sandalwood, and each month it shows the same grand, free quality, which seems to defy the laws of gravity. The perfume of sandalwood in the 2014 vintage softens the more typical aromas of citrus fruits and camphor, typical of the lavas of Etna. It is in the mélange of these aromas in which the great luxury of this vintage is found.

“With 4,000 bottles produced, the 2014 Contrada C (from the Contrada Chiappemacine) delivers loads of ripe and succulent fruit at the front. The bouquet presents cherry, blackberry and ripe plum. This red wine shows medium weight and a long persistence that is fueled both by the wine’s acidity and its firm, delineated tannins. You’ll recognize those volcanic tones of ash and yellow sulfur stone at the very tail end of the long finish. (Drinking window: 2017-2027)”