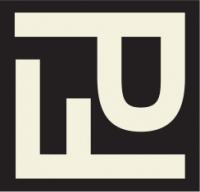 The Brandlin Vineyard on Mount Veeder is a magnificent, magical setting where you can truly feel the energy and soul that ultimately finds its way into the wine. This perpetual award winner – “Wine and Spirits” ranked our 2008 the Best Zin of the Year – carries aromas and flavors with the unique character of the vineyard, which has vines that were planted in the 1920s. You’ll find everything from flavors of gentle dark fruits to bright berries to crushed stone, lavender, white pepper, clove, ginger, anise, bay and a touch of earthiness. And for all those flavors racing through the wine, it’s still balanced, beautiful and refreshing.

As my mother used to say when I would take her up to Brandlin Vineyard, high in the hills of Mount Veeder,“ this is as close to heaven as I am going to get.” It’s a magnificent and magical setting where you can truly feel the energy that ultimately finds its way into the wine. There are many well-made technically sound wines out in the marketplace, but few can capture the soul and personality offered by Brandlin. In the early 1920s, Henry Brandlin and sons Richard and Chester began planting vines on an eastern exposure hillside 1200 feet above the Napa Valley floor. Today these are probably the oldest vines on Mount Veeder, and they continue to produce intensely flavored grapes, growing for all these years without any irrigation other than the winter and spring rains. The vines are head-trained—they look like little trees--independent of any trellis to support them. I have worked with the vineyard for over 20 years, and even in challenging vintages, they always manage to produce delicious wines. 2011 was a complicated vintage. A cool wet spring diminished crop levels in many vineyards and late spring rains further delayed the growing season. Overall, summer was relatively cool with few heat spikes. On the plus side, cool conditions allowed wonderful flavor development with good ripeness achieved at lower sugar levels. We began harvest on October 15, definitely on the late side. Once again, crop levels were lower than normal, but up a little from 2010. We ferment our Zinfandels at temperatures slightly lower than those for Bordeaux reds to accentuate the zesty and forward fruit character of the variety. Aging exclusively in Burgundian French oak barrels adds complexity as well as refinement to the wine. As for the wine. Medium dark ruby, the aromas quickly emerge identifying the character that is unique to Brandlin Zinfandel--red raspberry, rose petal, white pepper, clove, ginger, and anise. Aromas lead to a supple mouth of black cherry and plum with a wonderful balance of tannin and acidity. Just right! I call the 2011 gentle and friendly—a wonderful example of a wine with length and complexity that ultimately seduces you, rather than knocking you over the head. I have often said, Brandlin is a unique wine that separates itself from the ocean of Zinfandels out there. It will never be lost in the pack. In case anyone is counting, this is my 21st vintage in a row from this special property.

Mankind . . . possesses two supreme blessings. First of these is the goddess Demeter, or  Earth whiche...

“High and fine literature is wine, and mine is only water; but everybody likes water.”  ― ...

"Woke up this morning with a wine glass in my hand, whose wine? what wine? where the hell did I dine!&quo...

Untitled Document "Yo . . . did you check that Boonesfarm vintage Y2K? That was dope! ...

My books are like water; those of the great geniuses are wine. (Fortunately) everybody drinks water. Mark Twain ...

A meal without wine is called breakfast. I don’t eat breakfast…     ...

"Appreciating old wine is like making love to a very old lady. It is possible. It can even be e...