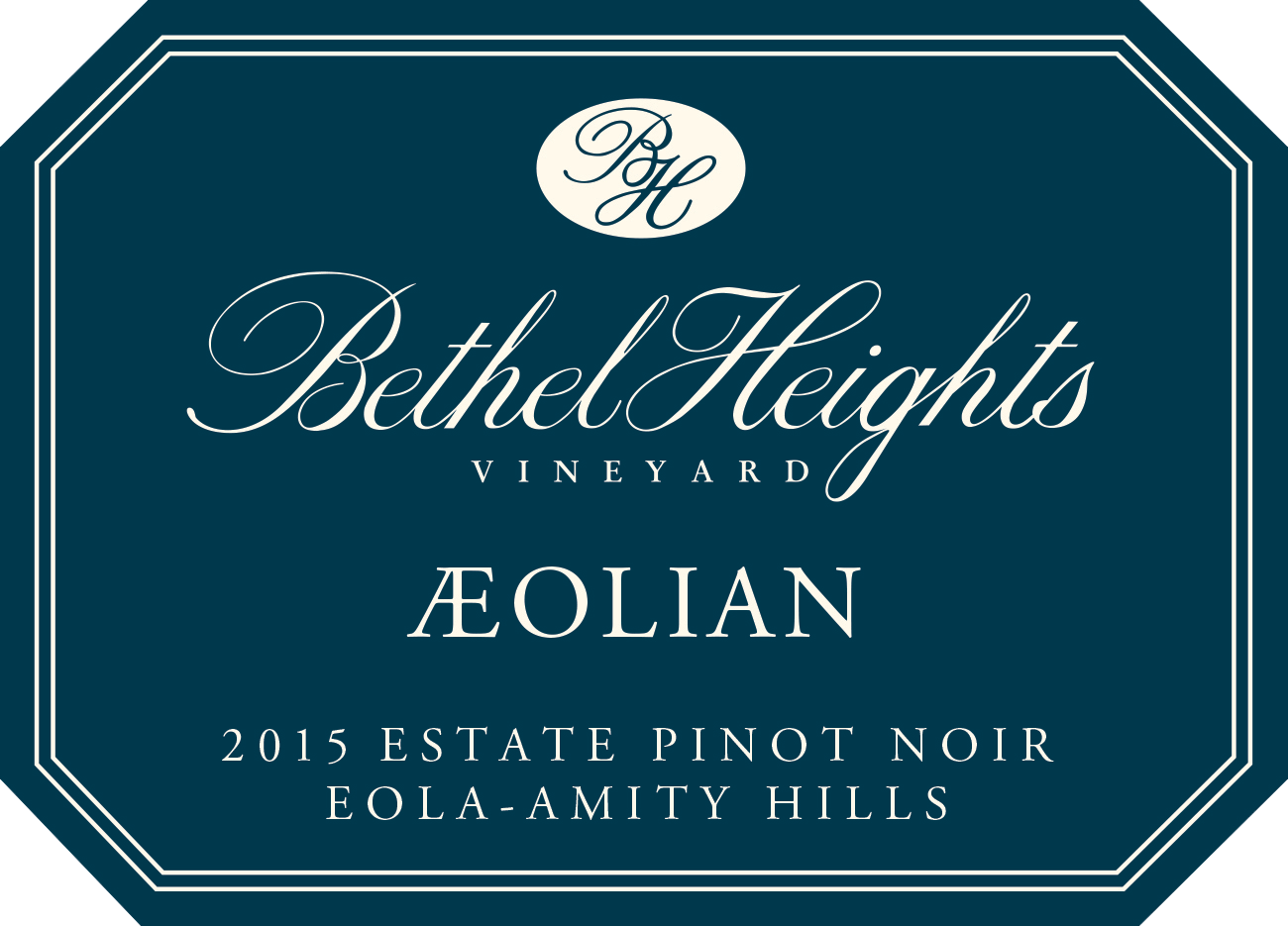 Named for the wind that defines our Eola[1]Amity Hills AVA, the Æolian Pinot Noir is our vehicle to explore the dynamic evolving landscape that we farm. The sense of place and specificity that we value most highly in our wines takes many years to evolve. With our oldest vines we allow each block to speak for itself in a separate bottling. The second[1]generation vines at Bethel Heights, on the other hand, are just beginning to find their voice. In these years in between, the Æolian allows us the freedom to dream of what lies beyond the horizon.

Throughout the Willamette Valley, 2021 was generous in terms of yields, ripeness, and quality and health of the fruit. Overall, the growing season was earlier than average.  Harvest started on September 14 and finished on October 12. There were a couple of extreme heat events early in the summer that were devastating to some crops in the Valley, but in the vineyards the timing was just right to scour the powdery mildew out of the vineyard without harming the fruit, which had not yet begun to soften. August was also very hot, but temperatures cooled significantly in September, and rain showers in September and early October allowed us to take advantage of an extended ripening period for enhanced flavor development.