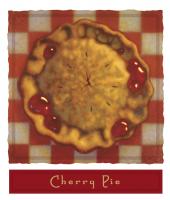 Viticulture at Stanly Ranch in Carneros began in the 1880’s but fell off during prohibition. Stanly Ranch was first planted to Pinot Noir in the 1940s, when a clonal trial proved the ranch’s well-drained clay-loam soils and rolling hills ideal for growing the finicky varietal. The clones and blocks have been significantly refined over the years, and Stanly Ranch is now one of the most sought after vineyards for Pinot Noir in California.

The Carneros AVA straddles the southern parts of Napa and Sonoma Counties. It is the coolest wine region in Napa, with fog rolling in from San Pablo Bay at night, then peeling back late in the day to expose the grapes to the sun.

Stanly Ranch is on the Napa side of Carneros and has myriad microclimate throughout its rolling hills, making for significant differences in terroir in each block of the vineyard. The Bay has a significant influence, the lower areas being the first to be covered with fog and the last to emerge while the hills remain in the sun the longest and see it earliest in the morning.

Now, a clever man would put the poison into his own goblet, because he would know that only a great fool would rea...

Vintage Bordeaux Tasting back to 1937

If God forbade drinking, would He have made wine so good? Cardinal Richeleu   Bordeaux is one of ...

Jack: If they want to drink Merlot, we're drinking Merlot. Miles Raymond: No, if anyone order...

Vintage Piedmont Tasting back to 1970 Vintage

Salon Champagne Vertical Tasting back to 1988