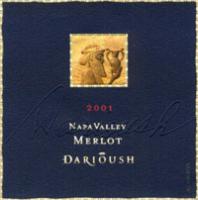 Winery Notes; 2014 Signature Merlot’s powerful stance is asserted on the palate – a tangle of wild red and blackfruits reveal a deeply satisfying and supple mouthfeel accented by an earthy core of graphite, mocha dust and cinnamon. Intense, alluring aromas of lavender, blackberry compote and red plum suggest its mountainside origins. While rich and round at its core, the wine exhibits a measure of restraint with firm yet fine tannins suggestive of longer term aging

"Old red wine, not worth a dime; we'll have to finish it after crossing the line." ...

“You can’t buy happiness but you can buy wine, and that’s kind of the same thing.” &n...

Pauillac VS Pomerol - Two of my favorite appellations of Bordeaux

Vintage Piedmont Wine Tasting back to the 1989 Vintage

Whenever a man is tired, wine is a great restorer of strength. ~ Homer, The Iliad   Wine is the best...

"By making this wine vine known to the public, I have rendered my country as great a service as if I had ena...