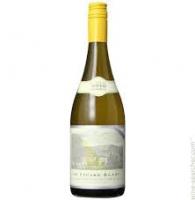 I have written in various places about the inspiration to age wine in demijohns/carboys/bonbonnes. Some of it has come from my fascination with oxidation/reduction chemistry, an aspect of wine art/science not well understood and its importance greatly unappreciated. Years ago, as a young pup I tasted wine from carboy with Dan Wheeler of Nicasio Cellars in his do-it-yourself-handdug cave in Soquel, and was astonished at how youthful were the wines, twenty plus years later, almost as if they had been placed in suspended animation. At about the same time, I also happened to taste the wines from Emidio Pepe in Abruzzo, who also aged his product in demijohns, likewise evincing extraordinary youthfulness and vitality.

We did some small encouraging experiments years ago, then more or less forgot about them until relatively recently, at which point we began the carboy ageing project with red Cigare. It wasn’t until ’09 that it dooned on me that perhaps there were even more interesting things to discover with the white. The ’10 Cigare Blanc Réserve, our second vintage of this wine, is absolutely amazing, an advance over the ’09. To refresh everyone’s memory, this wine is more or less the same blend as our standard issue Cigare Blanc, apart from the fact that we’ve allowed it to undergo malolactic fermentation, and at that point, we gave it a light SO2 addition, racked it to glass demijohn (bonbonne), where it reposed for a year and a half, getting anaerobically stirred more or less fortnightly.

The wine derives entirely from the Beeswax Vineyard, located at the mouth of the Arroyo Seco, and is farmed biodynamically and produced according to biodynamic specifications (very easy on the extraneous additions).

"To make a great wine one needs a madman to grow the vine, a wise man to watch over it, a lucid poet ...