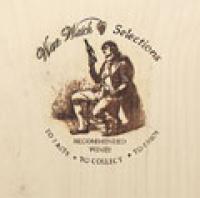 (95-96 Points) Each of the lots presented to me on this occasion had been chosen with uncanny insight to occupy its particular place in the Prum scheme, representing a steady increase in quality that did not stop when one came to a 2005 Wehlener Sonnenuhr Auslese Gold Capsule A.P.#23, also destined to be auctioned. The nose exhibits a degree of botrytis ennoblement â€“ honey, hints of white raisin, and apple jelly â€“ as well as an oily-rich texture typical of Beerenauslese. But this too draws on a reservoir of bright, juicy, fresh fruit. Mango, pineapple, caramelized apple, apricot preserve, vanilla, white raisin, warm honey, and brown spice all contribute to the abundant richness on display here, yet there are fine notes of flowers and mineral salts and a lovely sense of lift despite such far-gone ripeness, botrytis, and sheer density as this likely 50-year wine displays. â€œThis fruit exhibited a fresh botrytis,â€ says Prum, which he associates with its managing â€“ while strikingly ripe and viscous â€“ never to become at all broad, fat, or obvious. â€œWe made what I think was the right decision to harvest relatively early,â€ says Manfred Prum, before botrytis became the most prominent element in the winesâ€™ character as in his opinion had been the case in 1976. Still, the Prums were blessed this year with terrific quality but cursed with a dearth of material that could legitimately be bottled even as Spatlese let alone Kabinett. (Note: There is usually more than one bottling and therefore more than one eventual A.P. number chez Prum for any given Kabinett or non-auction Spatlese and even some Auslesen. The differences in character, they promise, are kept to a minimum, and indeed in many cases it is a matter of the same base wine temporarily stored in more than one tank. For that reason, I was as usual not privy to the A.P. numbers of the un-bottled, non-auction wines that I tasted.) Wine Advocate #169 Feb 2007