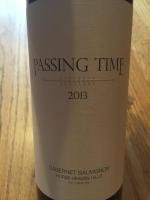 There seems to be a connection to the Washington State wine industry and NFL Quarterbacks as there are now at least three that are in the wine business in one of the best regions in the United States of American for Bordeaux varietals.

Over the last few years I have discovered a number of incredible wines from Washington State by traveling to Washington’s wine country to see what is going on first hand at the events surrounding the Auction of Washington State Wines in mid August.

One of the main events is the Picnic and Barrel auction at Chateau Ste. Michelle Winery.  After seeing Damon Huard here the first two years that I attended this event I knew that he was serious about wine.  Most great new producers start out as consumers and that is what it takes to make great wines, you have to know what great wines taste like.  Operating a winery is another level and this requires a passion for the wine business and Damon seems to have both of these.

The third year at the auction our stop before the Washington Wine Auction Picnic was with Chris Peterson Winemaker/owner of Avenna Winery and Damon Huard the next celebrity winery owner in Washington State along with fellow NFL quarterback Dan Marino.  They have a new project called Passing Time. Which has a dual meaning and although there is an element that refers to their carrier in football, it is not overdone and this wine is by no means marketed as a celebrity sports star wine.  There is no mention of either of their names on the label just a decorative lace that appears to look like that of a football under the Passing Time name.

Damon and Dan became good friends while playing in Miami and Dan brought Damon along not only on the football field but also in regards to fine wine.  Dan is a big wine collector and was at one time Wine Watch's largest customer!!  According to Damon, Dan was first to show the potential of his home states wines like; Quilceda Creek, Woodward Canyon and Leonetti Cellars.  Although he grew up in Washington State Damon did not realize that this was also home to some of this country’s greatest vineyard sites.

When Damon went back home to visit he made it a point to visit some of these top producers and to learn more about Washington's great vineyards.  Damon found out that it was the quality of the grapes that determines the quality of the wine.  He now has become an authority on Washington State’s top vineyard sites and after making friends with a few of these growers he has managed to secure some great fruit sources.  The next piece in the puzzle was finding a top level winemaker like Chris Peterson and after 15 years in the making this 2013 vintage is the second release of Passing Time Cabernet Sauvignon.   It seems to have been worth the wait because if this wine is any indication of things to come Passing Time this label will be an overnight success story.

“Wine is valued by its price, not its flavour.” Anthony Trollope   ...