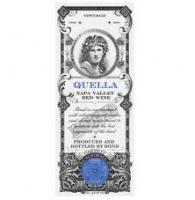 (96 points)  Much more structured, muscular, tannic and intense is the 2013 Quella, which exhibits blackberry notes, licorice, some truffle, graphite and damp earth, huge fruit, a muscular, full-bodied mouthfeel, and a long, moderately tannic finish. Forget it for a few years and drink it over the following 25-30+ years. The five separate single vineyards that Bill Harlan has under long-term contract continue to perform at first growth quality levels. They generate between 500 and 600 cases of these single-vineyard wines that all represent distinctive and separate micro-climates of Napa Valley. The culled out barrels that don’t make the cut are blended together for a wine called Matriarch, which in itself is a terrific offering. Last year I touted the brilliance and drama of the 2012s, which are strikingly beautiful, and the otherworldly 2013s, but now we have the fruit-forward and luscious 2014s, and although I didn’t taste them, I suspect the 2015s will reach a new qualitative pinnacle for this extraordinary visionary project of Bill Harlan and his winemaking team, led by Bob Levy. (RP) (10/2016)  Robert Parker's Wine Advocate

Only by wine one's heart is lit, only a poem calms a soul that's torn. You'd understand me, Ta...

“Sometimes it would be nice to just have some red wine with dinner, but it’s not worth the risk. I hav...

"Spent my days with a woman unkind, Smoked my stuff and drank all my wine. Made up my ...