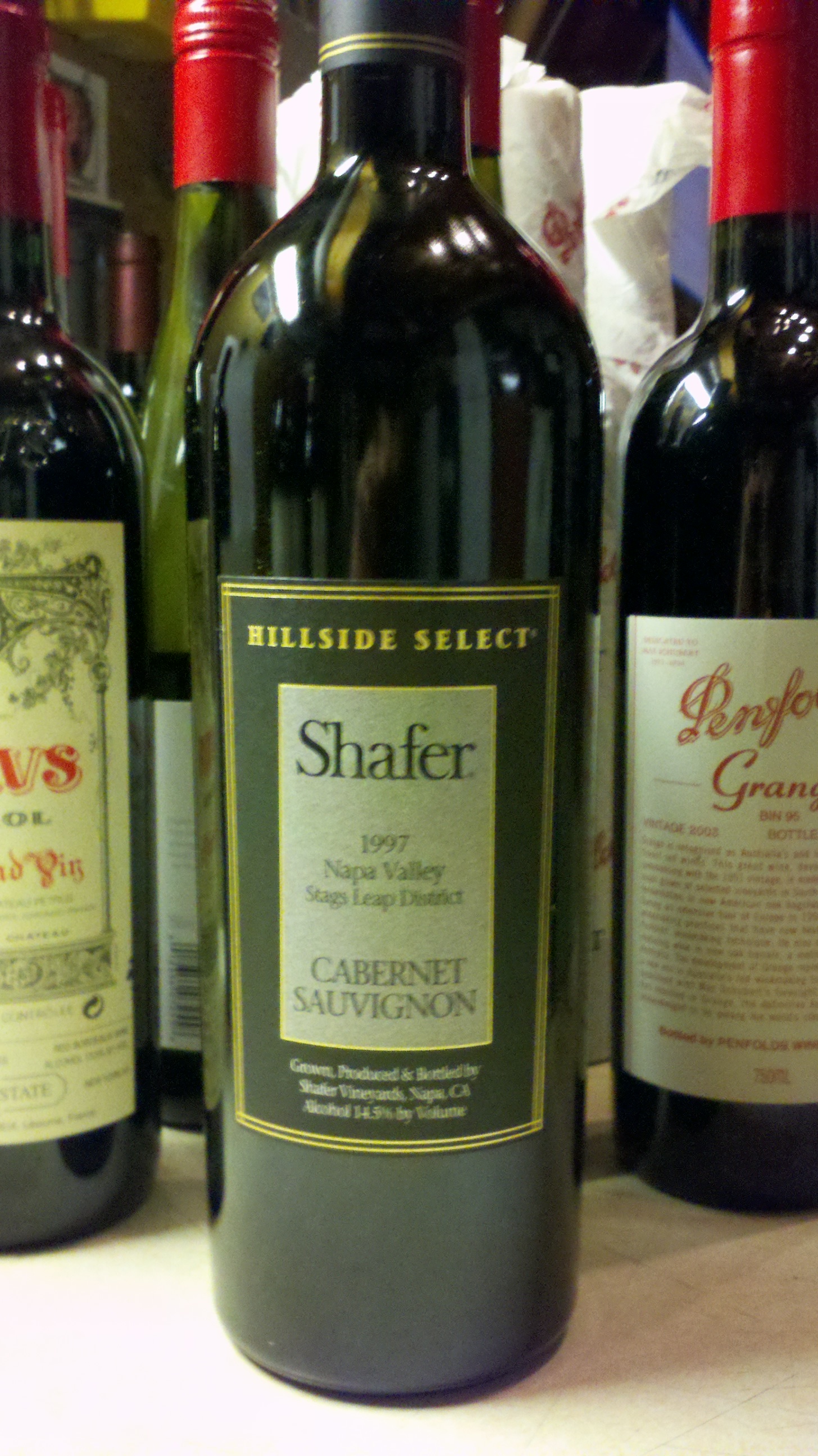 (99 Points)Since 1991, Shafer's Hillside Select Cabernet Sauvignon has unquestionably been one of the top dozen or so California Cabernets. Made from 100% Cabernet Sauvignon and aged 32 months in 100% French oak casks (the majority Taransaud), it possesses the elegance and finesse one would expect from the Stag's Leap area, but also monumental power, richness, and intensity. Is the prodigious 1997 Cabernet Sauvignon Hillside Select a perfect wine? Bottled in June, 2000, this effort is about as spectacular as Cabernet Sauvignon can be. The soaring bouquet of sweet, lavishly rich black currants, plums, cherries, toast, minerals, and smoke cascades from the glass. Opaque purple-colored, extraordinarily intense, and full-bodied, yet amazingly well-balanced, this flawless Cabernet Sauvignon will be at its peak between now and 2030. One of the greatest young Cabernet Sauvignons I have ever tasted, it represents the quintessential Napa Cabernet, combining both elegance and power. Wine Advocate # 132 Dec 2000 reviewed by Robert Parker

This product is currently out of stock. continue shopping