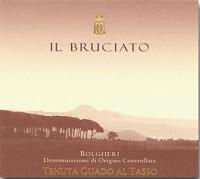 Antinori is indisputably the greatest name in Italian winedom" said Robert Parker in the December 1989 issue of The Wine Advocate, where Antinori was named one of the world's top twelve wine producers for 1989.  Although Parker's opinions carry considerable weight in the world of wine, he is not the first to praise Antinori.  In March of 1985 Piero Antinori was the subject of a cover story in The Wine Spectator, where he was dubbed "Chianti's Tastemaker".  Alexis Lichine who once said that "Quantity is the enemy of quality" would no doubt find it difficult to accept the fact that one of Italy's largest wine producers (production of the Antinori wines now exceeds well over one million cases annually) is also quite possibly her best!


The family of Piero Antinori has been making wine in Tuscany for over 600 years, but it was not until the early 1970's that the Antinoris began to make an impact on the future of Chianti and the future of Italian wine.  Italy's great wine renaissance, now underway for at least twenty years, really began with Antinori.  Under the leadership of its dynamic and innovative owner, fifty-five year old Piero Antinori, the Antinori winery sparked and then led Italy's quality revolution.  Back in the early 1970's, Americans thought of Chianti as light, acidic simple wines whose outstanding attribute was the finish - i.e. what you did with the bottle (use if for a candle holder) when you were finished.  Now Americans and the world are coming to understand that Chianti, especially Chianti Classico, can be as rich and as complex as some of the best Bordeaux and California red wines.  Antinori, himself, is a reticent man - reluctant to call himself a trendsetter.  When Antinori began making changes in the early 1970's, his peers in Tuscany chastised him and resisted his innovative ideas - they even ridiculed him.


One of Antinori's first innovations was the now famous Tignanello, first commercially produced in 1971.  Tignanello is made up mostly of the primary red grape of Chianti, Sangiovese, a small amount of Cabernet Sauvignon (15%) and a tiny amount of Cabernet Franc (5%).  Tignanello was a radical departure for those times, for it was one of the first reds ever produced in the Chianti zone without the traditional addition to the blend of a required minimum amount of white wine.  This practice as well as a number of other now discredited traditions were the reasons Antinori also quit the Chianti Classico Consortium, the area's growers' association.  Antinori said: "We quit because everybody could put the same seal on their bottles as Antinori.  And the overall quality of their wines was not good."  Antinori believed that the reds of Chianti lacked the body and richness they once had because of changes in viticulture, vinification, and climatic conditions.  Even though Antinori considered the 100 year old formula of adding up to 30% white grapes to the Chianti blend established in the 1800's by Barone Ricasoli to be outdated, the rest of Chianti's producers followed it religiously.  "We came to the conclusion that it was practically impossible to produce any great wines in Chianti anymore."


Antinori and his winemaker, Giacomo Tachis, began refining his viticultural practices and cut the addition of white grapes to the minimum 10% - their Tignanello innovation junked the white grapes completely and replaced them with 10% Cabernet.  Antinori also introduced the concept of barriques - new Bordeaux barrels in which to age the wines.  In 1970 Antinori had 25 barrels - now he has over 5000.  He claims to be the largest user of small barrels in Italy.  Antinori admits that many of these changes were not new to the wine world.  He got his ideas from numerous trips to Bordeaux and to California, and Bordeaux's famous enologist, Emile Peynaud, often consulted with him.  That Antinori was right and his peers wrong is now established for the record; most of Antinori's former radical ideas are now part of Italy's new DOCG laws.


Antinori's Tignanello continued to grow in stature and international prestige.  Recent vintages of Tignanello have been outstanding, and the price has continued to escalate (new vintages have been released in excess of $50 a bottle.)   The success of Tignanello has had an enormous impact on other producers in Tuscany - there are now a number of Chianti producers who are experimenting with high priced blends.  In addition to Tignanello, Antinori produces an explosively rich and concentrated wine called Solaia, a blend of 75 % Cabernet Sauvignon,  20% Sangiovese and 5% Cabernet Franc.  In the past year Antinori released his first Cabernet based wine from Bolgheri, Guado al Tasso (where the Badger crosses the road)  this wine is a blend of 60% Cabernet Sauvignon, 30% Merlot and 10% Syrah, it may become the next Tignanello.   Antinori has experience with more grape varietals outside of the thousands of traditional Italian varietals than anyone else in Italy.


Antinori makes several different Chiantis all of which are Chianti Classico, meaning that they all come vineyards located in the historic epicenter of the Chianti region.  He used to make a straight Chianti from his Santa Cristina estate, but the ever watchful eye of Piero saw a trend toward varietal popularity in the world market and decided to give the main grape of Chianti its due.  Thus, the most inexpensive red wine in the portfolio, Santa Cristina became known as Sangiovese di Toscana (Sangiovese of Tuscany).  The other Chiantis are all some of the highest quality wines in their respective price range.  The most inexpensive wine is from the Badia a Passignano estate.  It is here where the Antinoris carry out many of the viticultural experiments that will take them into the 21st century.  When Piero purchased this property back in 1988, he kept the vineyards and use of the monastery cellar, but gave the abbey back to the Vallombrosan monks who had been ousted by the Italian government in the preceding century.  As a result, the moks were re-united with their thousand-year old mother-abbey for the first time in 121 years.  The next level up is the Chianti from their Villa Antinori estate.  This wine was first introduced by Piero’s father Niccolo in 1928 and it has become the benchmark for Chianti Classico Riserva.  Like all of his Chiantis and Super Tuscan wines they are only produced in vintages that yield grapes of excellent quality.  In 1992, the vintage was so poor the only red wine that Antinori made from his Chianti vineyards was Santa Cristina.  Not many people in the wine world are so quality minded- to let their pride stand in front of their checkbook.


One of the newest ventures that Antinori has taken on is an estate bottled wine in Bulgheri, Guado al Tasso, (translated literally- where the Badger crosses the road).  Grapes for the Guado are grown at Piero’s Belvedere estate in Maremma where cabernet sauvignon vineyards were originally planted in 1967.

Situated in Maremma on the Tuscan coast, 96km south-west of Florence, the Guado al Tasso estate extends from the green hills surrounding the old village of Bolgheri down to the sea. This beautiful plain is called the anfiteatro bolgherese due to the fact that the hills enclose the plains overlooking the sea to form a natural amphitheatre.


The Guado al Tasso estate is part of the small, prestigious Bolgheri DOC zone which has been famous for its rosé wines since the Seventies: along with the white wines made here, they were awarded the DOC in 1984, which was extended to the reds in 1994.  The area is now best-known and admired for its outstanding red wines, the so-called SuperTuscans.


The estate covers over 1,000 hectares, 300 of which are planted with vineyards, and the rest with wheat, sunflowers and olives.  There are currently 300 hectares of vineyards at Tenuta Guado al Tasso, situated at an altitude of 45-60m a.s.l. on various types of soil. The varieties planted are Vermentino (a variety native to the coastal area of Liguria and northern Tuscany, which has also flourished for many years in Corsica and Sardinia), Sangiovese, Cabernet Sauvignon, Merlot and Syrah. There are also small quantities of other varieties including Cabernet Franc.


Many ideas and resources have been invested in the Guado al Tasso estate, for constant research into improved quality: as a result, a nursery for rooted cuttings was created here in 1994, mainly for the propagation of Vermentino, but also to produce the best possible selections of Sangiovese, Cabernet Sauvignon and Merlot for use in other Antinori estates.


The mitigating influence of the Mediterranean prevents drastic temperature variations and the vines flower and ripen early, thanks to the stable, fairly warm microclimate with its extraordinary light during the final phases of ripening. Thanks to the microclimate of the "Bolgheri amphitheatre", harvesting takes place early here, about two weeks before the Chianti harvest.


Tenuta Guado al Tasso was part of feudal lands of about 4,048 hectares along about 7km of coast and belonged to the Della Gherardesca family, whose roots in this region date back to over 1,200 years ago. In the Thirties the land was inherited by Carlotta della Gherardesca Antinori - mother of Piero Antinori - and her sister, who was married to Mario Incisa della Rocchetta (who took possession of the nearby Tenuta San Guido). There were seven castles on the estate, four of which are still standing, and 86 watchtowers, built 1000 years ago to protect the family from Saracen invaders from the African coast.


Il Bruciato was created in the year 2002 during one of the most difficult vintages at Guado al Tasso in order to present the unique terroir of Bolgheri and give it a greater visibility and recognition. The first blend to be used was that of Guado al Tasso only to see, in the years which followed, a modification of the varietal composition and the identification of a series of vineyard plots intended to be used exclusively for this wine. The wine was not produced in the 2003 vintage.


The 2016 vintage was characterized by a mild winter with infrequent but abundant rainfall which assisted in creating important reserves of ground water in the soil. The beginning of the growing season arrived a bit earlier than usual and then continued in a regular fashion, accompanied by a sunny spring with temperatures and rainfall which fully respected normal seasonal averages. Summer was, on the whole, warm and without particular temperature peaks. The ripening of the grapes took place in weather marked by generally warm and sunny days, followed by cool nights which favored the development of aromatic substances and a proper rapport between sugars and acidity. Picking took place between late August and late September.


(93 Points) This is absolutely one of the best value wines you will find in Italy and I suspect beyond. The 2016 Bolgheri Rosso Il Bruciato is a blend of 65% Cabernet Sauvignon, 20% Merlot and 15% Syrah. With more than one million bottles made, there should be no problem finding it at your nearest wine merchant. Once you do locate it, I enthusiastically recommend that you pick up a few cases. This vintage comes together with seamless intensity and smoothness. You get so much dark fruit flavor, paired with soft tannins, spice, smoke and dried blackberry. Il Bruciato pulls off its magic effortlessly. It doesn't try to be anything other than it is: Delicious. Robert Parker's Wine Advocate