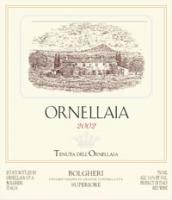 (95 points) The 2004 Ornellaia (magnum) has always been a beautiful wine, but stylistically it stands out quite a bit from other vintages of this era, something that is particularly evident in this tasting. The 2004 is perhaps the most delicate, feminine Ornellaia ever made. Silky tannins frame a perfumed core of ripe fruit all the way through to the sublime finish. The wineâ€™s inner fragrance, sweetness and balance are all impeccable. The 2004 remains one of my all-time favorite Ornellaias, and it is firing on all cylinders on this night. In 2004 the growing season was long and even, with a cool early summer and warmer late summer. Yields were on the high side, as the vines released the stored energy they had held in reserve from the previous year, which required the estate to aggressively green harvest in order to keep the plants in balance. The 2004 Ornellaia is 60% Cabernet Sauvignon, 25% Merlot, 12% Cabernet Franc and 3% Petit Verdot. The relatively high percentage of Cabernet Franc may explain the 2004â€™s gorgeous, vivid bouquet. The wine spent a total of 18 months in oak (70% new) prior to being bottled. Anticipated maturity: 2012-2024. Wine Advocate In the Cellar Jan 2010

Wine Closed for a Private Event

Closed due to private event

Closed due to private event- Palladino

Wine Bar is Closed for a private event

Wine Bar is Closed for a private event -ZN

Wine Bar is closed for A Private Event

Wine Bar is closed for A Private Event- M Walter