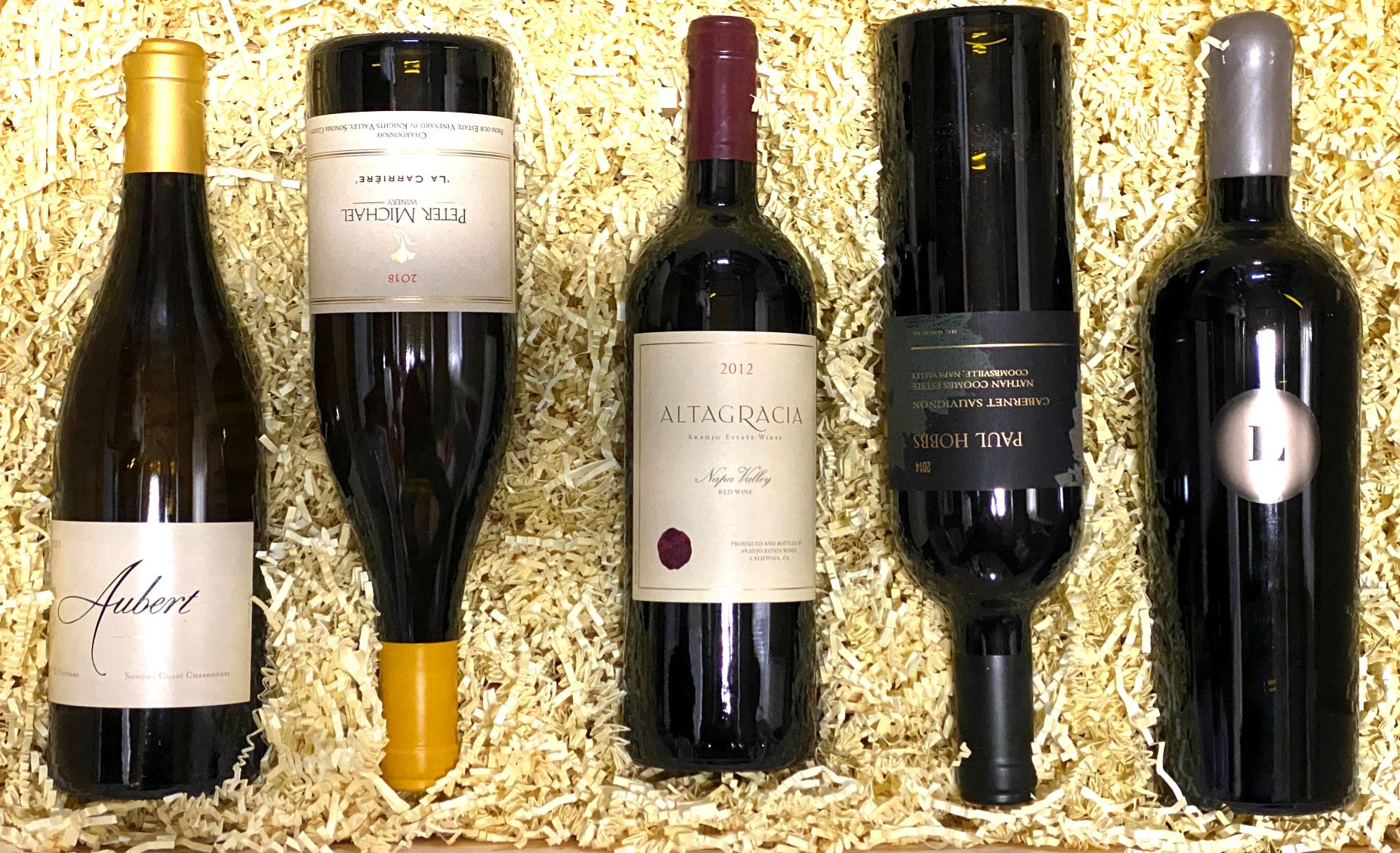 The “cult” wines of California has continued their rise to fame as the top producers like the ones in this box have continued to gain in price despite the slumping economy. Here are five wines that are among the elite in California.