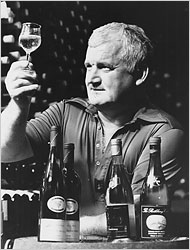 "You have only so many bottles in your life, never drink a bad one." Len Evans

We don’t waste time here at the Wine Watch as every day above ground should be special and celebrated with great wines.  You never know when your last bottle will go down, but we are trying to take down as many great wines as we can before our time runs out! One of the reasons that I get out of bed in the morning is to drink wines like Penfolds Grange. Grange is a symbol of the best that Australia has to offer, the pinnacle of quality and the epitome of what a Shiraz from southeast Australia is and standard bearer should be. That is why we host an annual event to showcase the newest release of this iconic wine.   Our "Collector Series" tasting event is where we ask you, our wine drinking people, to come up with some wine from your wine collection to add to the party. If you don’t have any Grange in your cellar don’t worry we have a small collection of Grange to choose from and I have included everything that we have in the store from Penfolds on this e-mail offering including all the new releases. 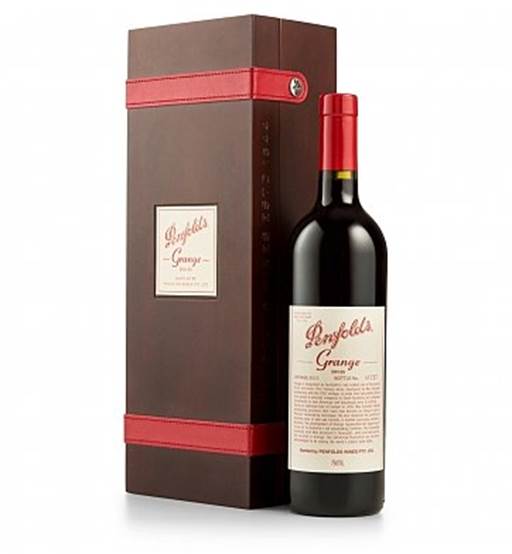 Let me explain further- this is a two part event:

The first part of the evening begins at 7:30pm, this is where we will be tasting through a vertical selection of 10+ vintages of Penfolds Grange. The price of admission is one bottle of Penfolds Grange from your cellar, but here is the catch- we only need 1 bottles of each wine, so the longer you wait to respond the harder it will be to get a seat as you will have to go further back in time because the youngest vintages will be filled up by the first collectors who respond.

If you do not have a bottle of Grange in the cellar that is a different vintage than those below we may be able to help.  We just happen to have one of the largest collections of Penfolds Grange in Florida, so I have included a list of all the Grange that we have in the store on this offering.  If you would like to attend the vertical tasting just respond to this email with the vintage of Penfolds Grange that you would like to trade for your seat. **There are only 14 spaces available for this event.

Here are the vintages that we have already:

We will continue to add on to this list as the reservations come in for the event.

This is where we taste the additional wines which are new releases from Penfolds below the menu and you get to finish your bottle of Grange.  You must be a part of the collectors tasting or Part 1 of the event to qualify for the dinner.  Dinner Menu Blue cheese Gouchons with blackberry drizzle Foie gras Torchon with currant jam and brioche toast Baby Octopus Carpaccio with grilled Shallot and elderflower Aioli Australian Lamb Chops with Jalapeno Mint Jam and Blistered baby Yukon Potato Dark Chocolate Creme Brulee

The dinner is $150 + tax and we will be serving some additional wines from Penfolds with dinner!

A bit of history about Penfolds: Penfolds, a household word in Australia and one of the world's largest wine companies, traces its origins back to Magill on the outskirts of Adelaide at the foot of the Mount Lofty Ranges.   It was at Magill that Dr. Christopher Rawson Penfold, the founder of this great firm, first planted his vineyard.  Dr. Penfold, the son of a Sussex vicar, the Reverend John Penfold, was schooled in England, and married his wife there in 1835.  However, within a few short years, he decided to try his hand at life in the colonies and purchased a grant of land at Magill in South Australia for what was considered a large sum of money.  With his wife and baby daughter, Georgina, he made the hazardous voyage towards the end of 1844.  The family settled on their land at Magill and built a white-washed stone cottage which they named "The Grange".  As well as practicing medicine and looking after his farm, Dr. Penfold planted vine cuttings which he had brought out with their ends dipped in sealing wax to keep the sap in the vines until they were planted.  He did not approve of the quality of imported wine of the time so he made his own for use of his patients with anemia.  Whether the wine was in fact any help to anemia is debatable, but this now discredited cure was the beginning of a huge enterprise.  By the time of his death in 1870, Dr. Penfold had expanded his viticultural holdings and devoted more and more time to winemaking.  In his twenty-six years in the young colony, Dr. Penfold had laid the basis of a veritable viticultural dynasty. Although the wine business at Magill seemed to falter slightly after Dr. Penfold's death, by 1881 it was again flourishing; and Penfolds was becoming the most important wine producer in South Australia.  Historical records reveal that the stock of wine at the Magill winery in 1881 was about 485,000 liters.  At that time the total quantity in South Australian was about 1.4 million liters.  Wine production continued to increase, and by 1885 trade was flourishing between Magill and all the states as well as New Zealand.  One of Dr. Penfold's four grandchildren, Frank Penfold Hyland (born 1873), was responsible for guiding the company through almost fifty years of successful expansion.  Frank entered the business in 1892 and spent three years in Europe studying winemaking.  After Frank's death in 1948, at the age of 74, the company was administered by a Board of Directors for some fourteen years before it became a public company in 1962.  Expansion continued throughout the sixties and seventies with the most significant expansion occurring in 1982 when Penfolds acquired the Kaiser Stuhl winery.  Throughout the eighties Penfolds continued its aggressive expansion, swallowed up the huge Seppelt winery, and was said to control nearly 40% of all Australian wine production.  Also in 1988, Penfold's flung its far-reaching tentacles abroad and purchased half of Sonoma County's Geyser Peak winery.  Magill is still the headquarters of the Penfolds organization, but their winery at Nuriootpa is the major production facility.  The "Grange", the family's small old white-washed stone cottage, is still maintained at Magill in its original condition and is used as a museum.  Today Penfold's is a huge and successful enterprise.  Indeed, a great deal of wine has flowed since Dr. Christopher Rawson Penfold began to cure his anemic patients at Magill.